WHY ARE SHARK JOCKEY SUSPENSION BOAT SEATS SO AFFORDABLE? 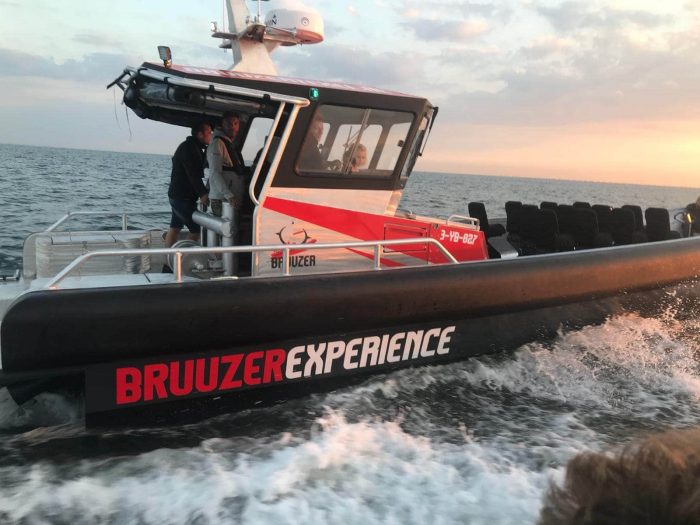 We are often asked why we don’t ask higher prices for our jockey suspension boat seats when traditionally seats like ours but made by famous brands such as Ullman and Shockwave sell for two to three times the price and even basic locally made brands struggle to compete.  It is a good question and one which we are happy to answer directly …

IS IT BECAUSE THEY ARE MADE TO A PRICE?

No.  There are no corners cut in the making of these seats.  As you will see in the other answers below, Shark has tested it’s designs harder than anyone before us and our material selection and quality assurance is every bit of what the marine industry expects from a New Zealand made product.  In fact Shark is the only suspension boat seat fitted with a stainless-steel shock absorber, the only seat with stitch-less-upholstery (no possibility of a water-logged seat) and the only seat with colour all the way through (no paint or anodising to scratch off and no possibility of corrosion).  We also go to great effort to ensure there are no pinch points or sharp edges to injure passengers – this is something you cannot say about any of the scissor action metal frame suspensions seats that we compete with.

IS IT BECAUSE THEY ARE UNTESTED OR FLIMSY?

No.  Shark suspension boat seats are arguably the most-tested suspension boat seats on the planet.  Ever since 2013 when we first announced that we test our suspensions to 1 million impacts at 10G (or 200mm travel). There has been no other manufacturer to repeat such a claim.  Our understanding is that the industry norm is to test to only a few thousand full impacts which can occur over about a year of recreational use, but at Shark we prefer a test which simulates decades of use.  Furthermore, life-testing is only one of 5 kinds of testing performed on Sharks seats.  Performance has also been tested not only at Shark, but independently confirmed by MOD testing at the famous RAFCAM facility in Henlow (Bedfordshire UK) and also by the University of Canterbury.  Shark are the only suspension boat seats with published results.  You can see video on our website and on facebook to see how this testing is done.  The other 3 types of testing are crash-testing (to make sure the seats endure a crash with a passenger strapped in) as well as in-boat testing and also simulator testing (we made our own boat-motion simulator)

IS IT BECAUSE THEY ARE NEW IN THE MARKET?

No.  Shark has been selling its Jockey seats fitted with the innovative Flex suspension since 2013 and all of those jockey seats are still in service.  Our customers are all happy and include Navies, Coast Guards, Government departments,  Tour-boat operators all around the world and hundreds of fishing boats and small private boat owners.  To see videos on Sharkseating’s Youtube channel.

IS IT BECAUSE THEY ARE  LACKING SOME IMPORTANT ADJUSTMENTS OR FEATURES?

No.  In fact Shark suspension boat seats have more adjustments and features than any competitor – we are the first to supply swivel adjustment on jockey seats and have also supplied seat-slides at the seat and on the floor and fitted them to all leading America’s Cup chase boats.  For Landrover BAR we even supplied flip-away laptop holders so the crew could use the laptops while seated at 50 knots!

IS IT BECAUSE THEY AREN’T STRONG?

No. If that were the case then all the seats we have sold in the past 5 years would not still be in use – and some of them are in incredibly demanding environments including the Arctic, Asia, North America, Europe and the Pacific Islands.  We put this success down to all the testing we do.

IS IT BECAUSE THEY WILL WEAR OUT?

No.  The suspension unit is rated for 200mm travel with 1 million impacts and a 130kg passenger at up to 10G.
The design minimizes moving parts – there is really only one, the stainless steel shock-absorber which has 100,000 life cycles and can be replaced in 1 minute without removing anything else first.

IS IT BECAUSE THEY ARE DIFFICULT TO FIT?

No.  Shark suspension boat seats come ready assembled apart from 4 nuts and washers used to fit the seat. It is really fast and easy.

IS IT BECAUSE THEY ARE EASY TO MAKE AND COPY?

No.  Shark designs were very expensive to design and tool up.  Each part is made in a plastic-injection mold which is a huge investment – we spent more on this than any competitor.   Also we have invested heavily in patents.  The reason that all other suspension boat seats are made of metal scissor-action designs is because that is the easy way to make a suspension and anyone can do it.  Shark suspension oat seats are only unique because of the huge commitment required to design, tool and patent them.

IS IT BECAUSE THEY ARE SOLD DIRECT?

No.  That is what the others do.  Shark is pursuing a distributor network model and we already have national distributors in Germany and Australia for example.  Where we do not have distributors yet, we have agents on the ground who meet with customers and provide after-sales service.

IS IT BECAUSE THEY ARE MADE USING CHEAP LABOUR?

No.  Shark suspension boat seats for boats are made (molded) and assembled by our own trained staff in New Zealand.  Our products carry a 3 year global warranty and we have an excellent records of longevity, reliability and support.

IS IT BECAUSE THE PRICE IS ARTIFICIALLY LOW TO BUY MARKET SHARE?

No. Shark”s founder, Paul Zwaan, made a commitment to make Shark suspension boat seats more competitive by 10% every year and this has been achieved every year for 5 years.  That is what has lead to them being 50% more competitive in price, performance and features than ANY competitor in only 5 years.  This commitment will continue to make Shark the affordable suspension boat seat.  As Paul repeatedly says:  “Why should soldiers be the only ones to afford adequate protection for their backs and knees etc …  what about the average boatie – isn’t his welfare important?”

IS IT BECAUSE THEY HAVE LESS PERFORMANCE?

No.  Shark is one of very few suspension boat seats for boats to boast 200mm vertical travel and the only one to be accessible to commercial and recreational boat users.  This leads to a huge advantage in performance over suspensions with 150mm or less vertical travel.  In addition, Shark Flex is the only suspension boat seat to protect against sideways and fore-aft impacts with a compliance of 1mm travel for every 1kg force.  So if a sideways impact crashes your ribs into the side of the seat with a 50kg force, the shark Flex will cushion you with a 50mm sideways travel to absorb that impact and avoid whiplash and impacts to ribs etc.

The reason is simple:  a commitment to making the average mariners back safe..  that is a huge market compared to the military market and to meet this commitment requires a huge investment in tooling, testing, production techniques and patents.  It is the kind of thinking employed before by Microsoft (for “a computer on top of every-ones desk”) and Henry Ford (pioneer of mass production which has led to improvements in quality and affordability of cars ever since).